Not a lot of people think of the Middle East as a travel destination while the Middle Eastern countries are becoming popular travel hot spots. With the United Arab Emirates hosting more than 21.3 million visitors in 2019 alone, followed by 16.48 million tourists who visited Saudi Arabia, Egypt with 13.6 million, and Iran with about 9 million tourists just in 2019, one can definitely tell that the Middle East is becoming a popular destination for traveling. Then think ahead of time and visit the fabulous Middle Eastern cities before they get too crowded.

Located in the South of the country, Salalah has an international tourist economy with many tourists during the Monsoon (Khareef in Arabic) season from June to September. And Waterfalls such as at Wadi Darbat, Ain Athum, Ain Tubrook, and Ain Khor make this city even more beautiful. Unlike what you might think of Oman (the Middle East in general) being a desert, Salalah would change your mind.

Sulaymaniyah is an open-mind Kurd city that is technically located in Iraq but belongs to Kurdistan, an autonomous region in Northern Iraq with complete control over its borders and safety. Sulaymaniyah is a great example of the rights that the Kurdish government has over its borders. You can easily find alcohol and even decriminalized prostitution businesses in this modern-looking city. 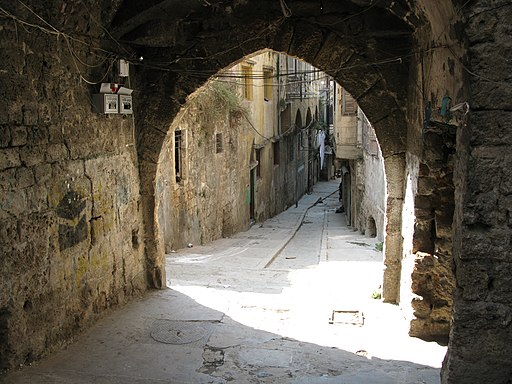 Being the second-largest city in Lebanon after Beirut, Tripoli has the best of both worlds. This city sits beside the Mediterranean sea which means having access to amazing beaches. Tripoli is also proud of its long history that left this city with precious historic places like the Citadel of Raymond de Saint-Gilles from the Crusader period.

Having restrictions of not more than seven floors for new buildings makes Al Ain an ideal city in the UAE to experience a pure non-exaggerated Emirati culture. A lot of Emirati people who love in either Abu Dhabi or Dubai have holiday homes in Al Ain thanks to its greenery that gave it the title of the “Garden City” and the dry desert climate because of being an inland city.

If you are interested in Islamic architecture, visiting Isfahan in Iran would be an unforgettable experience for you. Visiting this large city in Central Iran feels like you’re living the “One Thousand and One Nights” book in person. Being home to the UNESCO world heritage site, “Meidan Emam” a public urban square in the center of Isfahan (One of the largest city squares in the world) is just the beginning. You’ll get spoiled with magical fine Islamic-style architecture sites throughout the city.

Jeddah’s motto is “Jeddah Ghair”, which means “Jeddah is different” because Jeddah is the most open-minded city in Saudi Arabia. This city is proud of its economy and location. Jeddah is of Saudi Arabia’s primary resort cities and was named a Beta world city by the Globalization and World Cities Study Group and Network (GaWC).

This stunning city is proud of its beautiful beaches and resorts that attract countless domestic and international tourists (mostly from Egypt and Jordan) each year to itself. Being used as a film location for Rambo III means you owe yourself a visit to the stunning Eilat.

having been inhabited since the sixth millennium BC makes Aleppo one of the oldest continuously inhabited cities in the world. Even though Aleppo was severely damaged by all sides of the Syrian war, it’s still going strong and more than half a million residents have already come back to the city to keep this beautiful historic city alive and thriving.

Irbid may not be one of the most popular destinations in Jordan but with its collection of museums, restaurants, markets, mosques, and a distinguished university, it is a wonderful destination to unwind and learn more about local culture.

Being Eilat’s neighbor (only 12 km away), Taba is also an amazing destination for beach and resort lovers. Taba is a frequent vacation spot for Egyptians and tourists, especially those from Israel on their way to other destinations in Egypt or as a weekend getaway.

Bahrain’s capital and largest city is a liberated place where people are partying all week long. For the very same reason, Manama attracts a lot of tourists from Saudi Arabia who want to drink and party on the weekends. If you’re not a party animal thou, you can still enjoy its historical forts and beaches.

Although mainland Yemen is not safe enough to visit, there’s this Yemeni island called Socotra on the Gulf of Adan where not only there’s no war or anything, but also it’s so beautiful and pleasant that resembles paradise, owing to its white-sand beaches and blue water. Qalansiyah has an approximate population is 4,000 and the majority of the population are sustenance fishermen

Located on the shores of the Persian Gulf, Al Wakrah is Qatar’s second-largest city after the capital, Doha. The main reasons for Al Wakrah’s existence in the first place were fishes and the pearl industry. Even though Qatar is now very different compared to what it used to be not a long time ago, Al Wakrah is still a great place to see Qatari’s vanishing culture.

The Al Wakrah’s city will play a part in hosting the 2022 FIFA World Cup through Al Janoub Stadium, with a capacity for 40,000 spectators.

Located at the heart of the country on the south shore of Kuwait Bay on the Persian Gulf, it is the political, cultural, and economical center of the emirate. Kuwait City is a liberated place, worth visiting because of its beaches, theater culture, and kind people.