If you like to get to know this fabulous place in the Middle East, keep reading as in this post, we’ll talk about the top 11 reasons to visit Iraqi Kurdistan.

Kurdistan Is An Autonomous Region Of Iraq

Even though Kurdistan is technically a part of Iraq, it has gained full rights to control its economy, parliament, border control, airports, army, and even visa policy. They were even so close to gain full independence as a Kurd country after 90% of the voters said yes to separation from Iraq, but it has not happened so far. 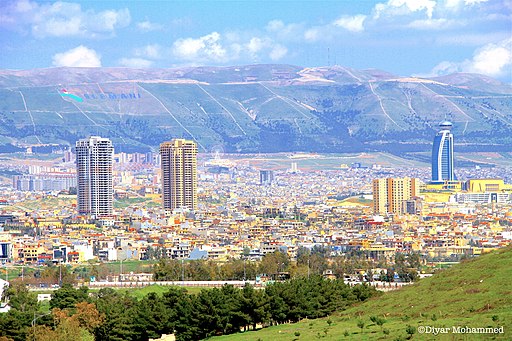 Locals say “you can leave your phone on a table in a cafe and come back after a few hours, finding it right where it was left”. You should never leave your belongings anywhere, but their point is that Kurdistan is truly safe. International tourists would tell you the same thing. Everyone feels very safe in Kurdistan.

Citizens of the EU countries, the USA, Canada, Australia, Brazil, Argentina, South Korea, Japan, New Zealand, and Iran can get a free 30-day free visa-on-arrival when they enter Iraqi Kurdistan. This visa is only good for Kurdistan thou, you can’t use it to enter Iraq.

Even though Israel and Iraq are defined as enemies, Israelis are allowed to enter Iraqi Kurdistan which shows how much of a control Kurds got over their borders.

Although Kurdistan is predominantly a Muslim region, both the people and the state are relatively liberal when it comes to making boundaries on personal choices which is quite unique, especially in the Middle East region.

Kurds have always been welcoming throughout history and since they’re a minority group in the Middle East themselves, they understand and give shelter to anyone who needs it. For this reason, Kurdistan is one of the most diverse places in the Middle East where Muslims (Both Sunnis and Shias), Christians (mostly Iraqi Christians), Ezidis, Kakai, and many other ethnic and religious groups are living together, peacefully.

As mentioned above, Kurdish People are surprisingly hospitable people. They are always ready to help you, even if they don’t speak a word in English (Sign language is as International as it gets!). If you’re lucky, and a local Kurd family would invite you over, they would feed you to death, and you get to experience Kurdish hospitality first hand!

Forget the stereotype of “Middle East is all desert!”. Kurdistan’s region (and a lot of other places in the region) are very green, filled with trees and flowers. Kurdistan is home to some of the most beautiful landscapes you can find in the world. From Korek Mountain where you can find a world-class Resort & Spa in Kurdistan, to Deralok Canyon, or Shanidar Cave (36.8337579, 44.2209624), where Archeologists have found the biggest group of Neanderthals remains in the world.

With a population of 1.5 million, the capital of Kurdistan is a historical charming city and well worth visiting. Erbil’s history started in 6,000 BC which means you’d get to visit a city with a unique character that had a long time to get shaped perfectly. The Erbil Citadel is claimed to be one of the oldest, if not the oldest continuously inhabited places in the world. 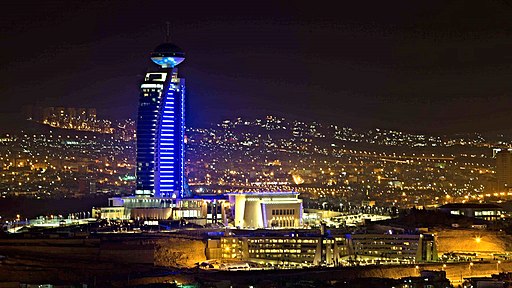 Located on the east side of Kurdistan, Sulaymaniyah is a modern-looking city with liberated people. Similar to the Western cities, you can find alcohol in almost any supermarket and restaurant in Sulaymaniyah. This city even has a red light district, where decriminalized prostitution is happening! (Didn’t expect that, right?)

Hamilton was the principal engineer of a British-built strategic road across Iraqi Kurdistan, which ran from Erbil, through Rawandiz, to the Iranian border near modern-day Piranshahr. He was hoping to reunite the people of this region thru the road but the result was quite the opposite of his expectations.

I know! It sounds crazy to do a solo female travel in Iraq, but again, Kurdistan is different and very safe for solo female travelers who are adventurous enough to try it out and see it for themselves that how easy and safe it is for women to travel alone in Kurdistan.