South Korea is one of the most modern countries in the world with advanced technology, rich history, beautiful nature, and unique cuisine. This country is the favorite of a lot of travelers who’d been there. Most of them go back another time since they discover they didn’t have enough time to explore South Korea as it deserves.

In this post, we’ll introduce you to the top 7 reasons why you should visit South Korea.

South Korea’s history goes back to several thousand years ago, having roots in 8000 BC. There are still some of the historical castles from previous empires and they could manage to preserve traditional Korean values from their ancestors, as they were going towards modernity.

There are several festivals in South Korea year-round for every taste, from Buddha’s birthday festival in May, to Cherry blossom festival in spring, to Chuseok, the Korean version of Thanksgiving.

Even though a lot of historical buildings are preserved in cities like Seoul, just around the corner, you’ll find futuristic buildings, countless skyscrapers, and cutting-edge technologies everywhere!

Since Korea has been isolated for a long time during history, people came up with innovative ideas to preserve vegetables, meat, and other kinds of food for the country’s harsh winters. That’s how the national dish, Kimchi (made up of salted vegetables) was created.

There are also so many side vegetable dishes and Korean snacks to taste throughout your trip! 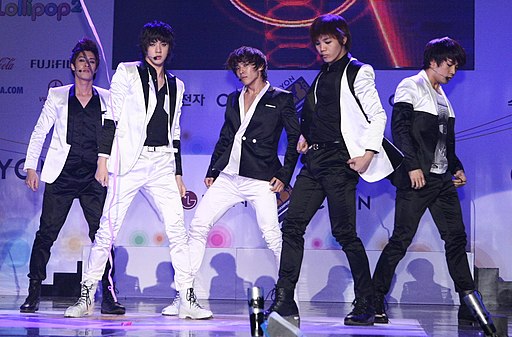 The South Korean music genre, K-Pop is vastly known around the world. We all are familiar with the song, “Gangnam Style” that became the world’s most-seen video for a few years before Despacito popping up!

Because of its climate, South Korea is blessed with experiencing 4 seasons. There’s spring with cherry blossoms everywhere, summer times when beaches are crowded and on-demand, colorful falls, and winter when everywhere is covered by snow! To make it even better, each season comes with its festivals and special dishes like cold noodles in summer!

DMZ (demilitarized zone) is the border between South and North Korea which has become a tourist spot in recent years with more curious people wanting to know how the famous DMZ looks like! There are countless daily DMZ tours from Seoul which is popular both for international and domestic tourists.