We live in a world of Cliches, our thoughts are based on stereotypes. Not that they’re all wrong but not a source to rely on! For example, what do you picture when you hear the word “Africa”? It’s not a nice picture for sure, but did you know that this continent is nothing like the cliches about it?
Let’s flip the card for our next destination, Nicaragua.

As a tradition, we’ll start with recent history!

Like most other Latin American fellows, Nicaragua was colonized by Spain in recent history and gained its independence on September 15, 1821, and about 80 years later the United States stopped by for a while and left in 1933. A few years later, a civil war started in the country that forced people to flee their beloved Nicaragua, and finally, in 1990, the situation became normal again.
The years of instability resulted in a broken economy! Now, Nicaragua is Latin America’s second poorest country after Haiti, but they are trying to get back on the road with long term plans.

Nicaraguan demographic is made up of Mestizos and whites with a minority of blacks and indigenous people.

They all speak Spanish as the official language but there are seven other national languages as well.

People are hospitable, but children shouldn’t understand Spanish when traveling to Nicaragua since they use the curse words a lot (Joking! Or am I?!)

What to do in Nicaragua

Nicaragua is safer than the United States!

Nicaragua is not your next Maldives but it’s not a wild jungle either! In fact, Nicaragua is considered safer than the US in the Global peace index.

Nicaragua has access to both the Caribbeans and the Pacific Ocean which means countless gorgeous beaches! There are a lot of resorts and hotels in Nicaragua’s Caribbeans islands to choose from for your next Latin relaxation!

This area has two natural swimming pools that are constantly getting filled with crystal water from the underground river that’s near it!

Christ of the Mercy statue in Nicaragua

Yes, Brazil isn’t the only one having it! Jesus Christ’s statue in Nicaragua is about 134 meters and it looks cooler than the Brazilian one!

Nicaragua has a lot of Volcanoes with two of them still being (Sort of) active! Masaya Volcano often degases but in two events in the last 50 years, it exploded mildly which only damaged a car on the touristic side in one of them! 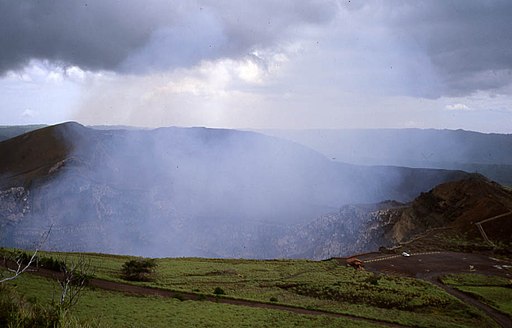 9 thoughts on “Is Nicaragua safer than United States?!”