What is the first question that comes to your mind when you hear someone’s Colombian?

I already know the answer!! “Did you know Pablo Escobar? How about cocaine?”

Those people are tired of hearing these types questions over and over! Yes, unfortunately, you’re not the first one asking them about it.

Let’s read this post to impress the next Colombian you see with your knowledge, not cliché questions!

Colombia was colonized by Spain when it was just home to indigenous people. Spain brought Europeans as well as African slaves to the area.

They became independent in 1819 and ever since tried to have a better Colombia which was not successful recently. A few unhappy armed forces formed that declared war with the government. It only got more complicated when drug dealers gained enough power to fight against both the government and the armed forces and people were looking at these armies, thinking, “we only want to have a peaceful life” which was the key to change the situation.

When the popularity of the armed forces dropped dramatically among people, they were forced to have a kind of peace agreement with the government.

The government held a referendum that got rejected with less than %1 difference, but the young generation occupied the streets for a while which eventually led to signing a peace agreement in November 2016 after several years of war.

The deal was not perfect and the promises in it have not happened yet but no deal is perfect and building consumes far more time than running.

Most citizens are White and Mestizo but there are also Afro-Colombian, American Indian, Raizal, Palenquero, and even Romani!

%99 of people speak Spanish while a minority of British descendants, made English an official language, only in the heaven-like islands of San Andrés, Providencia and Santa Catalina.

What to do in Colombia

As mentioned earlier, Colombia is the second biodiverse country in the world, after Brazil

And not only for animals but it’s also a melting pot. You can find Caribbean characters in the north with tons of festivals year-round. The pacific side is where most of the Afro-Colombians live.

The Andes region is where most big cities and businesses are. Below then on the Eastern side is where the farmers are and finally in the South, where Amazon forests are, the indigenous people live where they speak their specific languages and are undocumented. Amazing, isn’t it?

This protected national park has both rain forests and coastal lagoons. You’ll enjoy spending an exploring day over there.

This underground church is a masterpiece and one of Colombia’s bravest architecture sites.

It’s located 200 meters under the ground in a salt mine. The temple has three sections as the symbols of Jesus’s life, death, and resurrection. 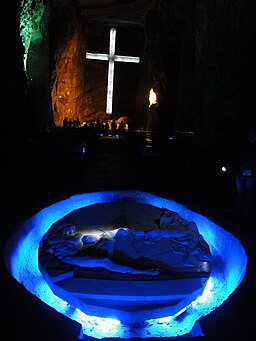 Remember the English speaking island we mentioned above? Those Brits are there for a good reason! This coral island in the Caribbeans is as good as Cuba and Bahamas but not as busy!

26 thoughts on “Colombia, the world’s second most bio diverse country”