The United States of America as we know was established just a few hundred years ago by immigrants from all over the world. Since this country is still fairly new, a lot of towns and cities have been named after the cities the immigrants come from like London, Copenhagen, and Paris. But some towns took the naming thing to a whole new level! In this post, we’ll talk about the 10 funniest town names in America.

In the early 1900s, people in this town used the term “Boogieman” to describe the unknown person who killed a lot of people. One day they were like, “Enough is enough” and put a notice in the local newspaper saying, “We have pledged our lives to drive these people from our county or kill them… If before you leave, there is any stealing, killing or burning, we will get the blood-hounds and detectives and run you to the ends of the earth.”

After that that the town became safe again but to this date no one knows how the “Booger Hole” gained its name! 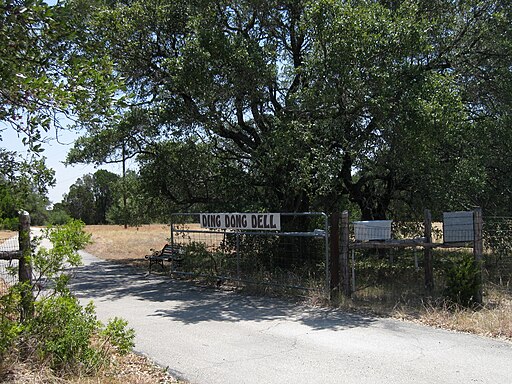 Ding Dong got its name from a joke! In the 1930s, Bert and Zulis Bell found this town, established a country store in it, and hired a painter to create one of their stores. Another shop owner persuaded the painter to paint two bells, writing Bert and Zulis’s name under each one and write Ding Dong under their names, and well, the rest is history!

In the late 1800s, there was a shopkeeper called L.N. Davis who put a sign in front of his store as “the best hot coffee around.” He brewed his coffee with spring water and added a little Molasses to it. People loved his coffee and came back over and over for it. That’s how this funny name popped up! 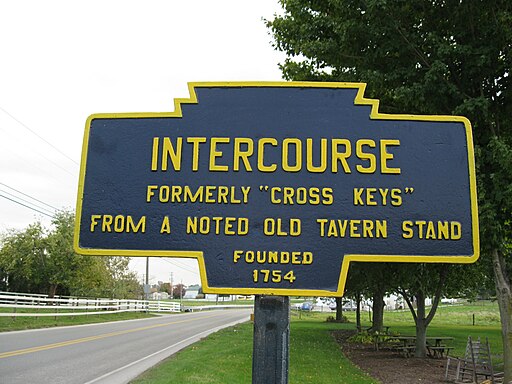 Intercourse didn’t sound sexual in the 1700s! It was simply a town, located at the intersection of two roads. Intercourse’s welcoming sign has been stolen a lot of times by those who found its name funny!

Pee Pee in Ohio got its name from a guy called Peter Patrick who carved his initials on a tree as — P.P . —.

Pee Pee locals often tell others that they live in Waverly, their neighbor town to avoid the jokes. 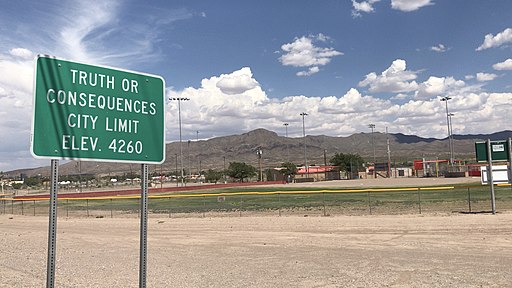 There was this show on Radio/TV called “Truth or Consequences” in the 1950s that Contestants should’ve answered trivia questions before “Beulah the Buzzer” sounded. If they were wrong, they had to pay the consequences, such as performing a zany stunt.

For their 10th anniversary, the announces, Ralph Edwards said they’d broadcast their next show from the first town that got their name. Officials in Hot Springs, New Mexico were like, “Hell yeah!” and officially changed the Town’s name to the “Truth or Consequences” on March 31, 1950, just in time for the live broadcast on April 1. 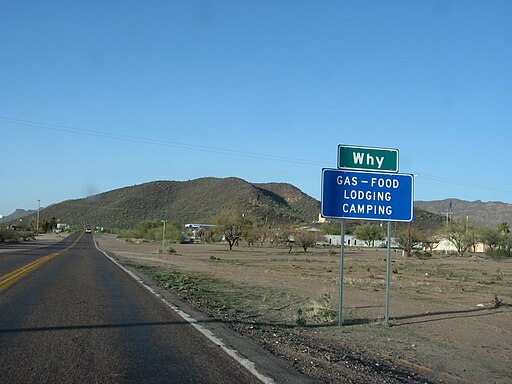 Why, Arizona was named “Y” because it was at a Y-shaped intersection of two roads. But they had to change it when Arizona’s law required the names of the towns to be at least three letters. 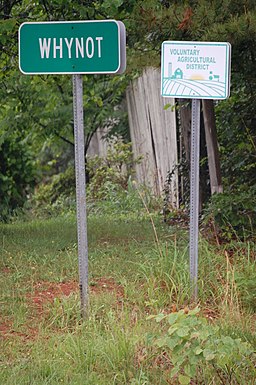 Whynot, North Carolina has a funny story behind its name that makes total sense! When people gathered to choose a name, they all started saying, “Why not this?” and “Why not that?”. After a long conversation, someone got up and said, “Why not name it Why not? And then we can all go home!” 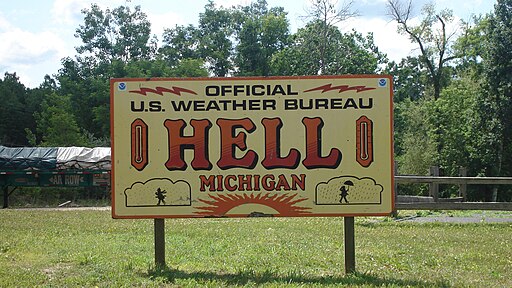 There are several theories behind Hell’s name. The more acceptable one says that right when Michigan was recognized as a state, George Reeves, the town’s founder was asked what he thought the town he helped settle should be called and replied “I don’t care. You can name it Hell for all I care.”

Hell freezes over the winters! 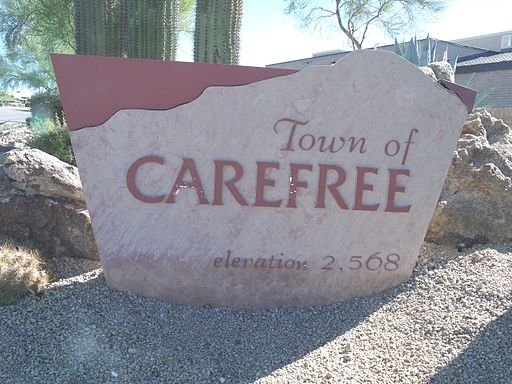 0Carefree, Arizona was founded in the 1950s for leisure purposes. People in this town are relaxed and only looking for fun! This town features golf, spas, and outdoor activities. What else can one ask for?