Berlin in Germany is one of the most sought-after cities in the world. This European gem has it all! You can enjoy the city’s modern vibe, visit its historical forts and Berlin wall or explore it as Berlin’s locals do. Berlin is a diverse, fun city where there’s something to do for everyone!

If you’re planning to visit this amazing city, keep reading as in this post, we’ll introduce you to the 10 secret attractions in Berlin.

The Tempelhof railway yard is almost surreal! Just before the end of WWII, this place was an industrial zone, but now all of those railways and water towers are covered by a brand new forest! This park can be explored on foot, so don’t forget to check it out.

West Germany is a hidden gallery with a small concert venue. This gem only has a Facebook page. Mostly people hear about this place by word of mouth. Makes sure to visit it.

If you can’t get into Berghain, don’t worry! Just around the corner, there’s Teledisko, the smallest disco in the world. It’s basically an expanded phone booth. You can play your favorite music and enjoy those lights and fog inside whether solo or with friends.

Straussee is located about 30 kilometers (19 miles) of Berlin’s downtown. It is a getaway for Berliners during winter and summer! There’s a small town, a beautiful lake, and a dense forest. The lake is local’s “Go-To” place for hiking and swimming. Visit Straussee on Sundays for a chance to see how local Berliners relax.

There’s this small cozy bar in Neukölln where people go for a drink and spoken word. The stage is open for everyone to express their feelings, read poems, stories, or musings. There’s always something going on in the Du Beast.

This brewery and restaurant in Mitte is locals’ “Go-To” brewery when they need a beer. With 20 different beers such as Amber Rocket and Wedding Crossover, there’s a drink for everyone!

La Soupe Populaire offers you a different experience of dining! It is located in a 19th-century brewery, full of exposed pipes and steel around. 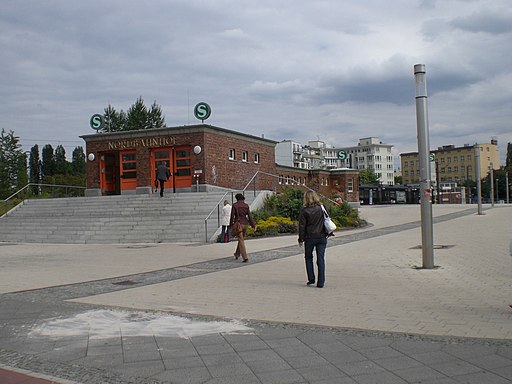 Nordbahnhof S-Bahn station is a free museum where you can feel what East and West Berlin residents lived like. During the separation, the underground train was still serving West Berliners but didn’t stop in the East Berlin stations. Many people tried escaping to the West, using these stations.

Bernauer Strasse is probably the best place to explore Berlin’s wall. Berlin’s wall was almost constructed overnight and Bernauer street was one of the streets that had buildings located on the Eastern side, but access to the Western side if residents threw themselves out from the window.

10- Flea market and Karaoke at the Mauerpark

There are a lot of amazing stuff at Berliners’ most favorite Flea market. You’ll find local fashion designers who are selling clothes, a lot of people selling their extra things, and delicious food and beer stands. After spending all of your money in the market, go to the Bearpit Karaoke where random people dare to sing in front of others. If you got the voice and a little self-confidence, raise your hand when the host, Joe asks who wants to come up next!