What we usually hear from the Middle East is dark, angry stuff, whereas this Region is a lot more than Oil and war with fascinating countries around the Persian Gulf, like Bahrain that’s a great country for Expats.

In this post, we’ll discuss Kuwait, a small but exciting nation.

In recent history, Kuwait was almost colonized and protected by the UK and became an independent state on June 19, 1962. The fun fact here is that because, in late June, the weather could be too hot in Kuwait in the daytime, they changed the celebration date to February, so that people don’t get boiled while being outside!

Although Kuwait has more than 4.1 million people in it, Only about %30 of the population are Kuwaiti citizens! The rest are expats working there who come either from Arabic countries like Egypt, Iraq, and Lebanon or Asian countries such as India, Pakistan, and Bangladesh. There’s also a small minority of Whites, mostly British. There is also an American military base in the country. 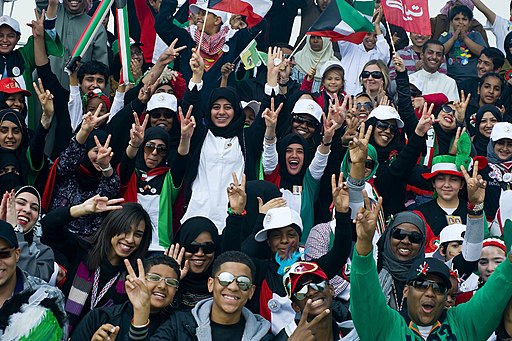 what to do in Kuwait

Kuwait is home to great beaches and since there’s no dress code for people, you can chill beside the blue waters of the Persian Gulf.

These three towers are Modern Kuwait’s Icons. The middle tower does nothing but the other two hold 9,000 cubic meters (2,400,000 US gal) of water in them. One of the towers has a Restaurant that has the capacity for 90 guests.

This bazaar is more than 200 years old, being the heart of Kuwait’s economy before discovering oil. You can spend a few hours at Souq Al-Mubarakiya and don’t even notice it! You’ll find various goods here from Antique Persian carpets to spices and traditional dresses.

The Scientific Center in Kuwait

This 80,000 square meters Center is a great place to get educated about the Persian Gulf’s environment and enjoy the second biggest aquarium in the Middle East after Dubai.