Lebanon rings a bell in people’s mind for (Mostly) bad news such as war, terrorism, bombing, and Hezbollah but believe me, if the quote of “Don’t judge a book by its cover” was to get used for only one thing in the world, that would be for the underrated heaven called “Lebanon”!

Let’s dig into it by talking about recent history!

Before getting to the recent time, did you know that Lebanon is one of the very first places in the world where people started the civilization as we know it today?
Back in recent history, Lebanon was occupied by France for a while before they fought back and declared an independent state on November 22, 1943. They also had problems with Syria for a while and because of Hezbollah’s ties with Iran and Syria that put Israel’s security in danger by bombings and stuff, they had a war with Israel twice as well.
But don’t let the country’s complicated history fool you as that’s only the cover!

Although Lebanon is in the Middle East, half of the population identifies as Christian! In fact, the country has been mentioned in the Holy Bible, several times! The Christians are mostly Catholic and even 2 Popes visited the country throughout history! Even if you hear about the war in Lebanon, it doesn’t mean everywhere! It’s only the parts where Hezbollah is controlling.
The other half of the population identifies as Muslim, half of them are Sunni and the other half Shia which is very interesting because it puts Lebanon in a unique position where a part of the population wants ties with the Western countries like France and the USA while a part is interested in Saudi Arabia and the other part is in love with Iran!

What to do in Lebanon

Safety in Lebanon for tourists

As mentioned earlier, Lebanon is not an unsafe country you’d imagine! Even Petty crimes are low in this small nation. As long as you avoid a small part of the country that’s mostly being controlled by Hezbollah, you’d constantly feel like you’re somewhere in Europe!

Cedars Of God Bsharri in Lebanon

Although Lebanon is in the Middle East, this country has no desert in it! This special Cedar tree is so important for the country that they even put it on their flag! This tree is famous for its durability and beautiful color. 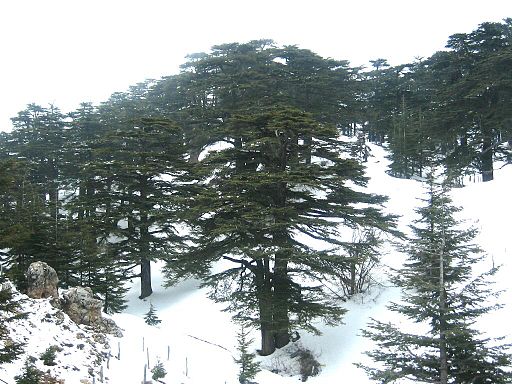 Lebanon is famous as the country where you can ski in the morning and chill at the beach in the afternoon! This world-class ski resort is only an hour away from the capital, Beirut.

Lazy B beach in Lebanon

Being beside the Mediterranean sea, Lebanon has beautiful beaches and resorts to enjoy.

Lebanon was a part of several empires like The Phoenician, Roman, and Ottoman. Each one of these empires built something there and now anywhere you go, there’s something historical!

33 thoughts on “Lebanon, The heaven in the Middle East Explained”