The United States of America is the third-largest country in the world. People around the world are more influenced by the American culture than they imagine, usually through Hollywood movies and they generally know a thing or two about the US.

Even though these days, anything could be found anywhere, there are still some things you’ll only find in America.

In this post, we’ll show you 10 special things, unique to Uncle Sam’s country!

In recent years, Black Friday culture could be found in most countries in the world but the original black Friday still belongs to America. On that day, you’ll witness a lot of fighting in the stores, tons of car accidents, and huge lines of people sleeping at the stores’ doors the night before, only to be the first going in!

Tipping is not considered normal in a lot of countries, especially the European ones, but in the US, there’s a tipping culture that is not written, but expected! If you go to a restaurant and are somewhat satisfied, it’s expected to pay a 20% tip!

A total of 768 million vacation days went unused in 2018 in the US! That’s more than 55% of people who were working! This unhealthy style of working is generally seen in the US.

In the US, most people are used to say “How are you?” as a form of greetings! You should expect to hear it a lot while visiting stores in the US! Don’t expect others to listen to your response after saying it!

For Americans, dogs are a serious family member! That’s the main reason there’s a huge dog business in the US with spas, hotels, and daycares for the dogs! 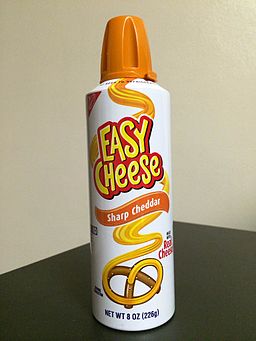 No explanation needed! In the US, you can find almost any kind of cheese in a spray!

Food portion sizes in the US is a huge shock to tourists! In the US, people prefer everything big! Bigger cars, bigger homes, and of course, bigger portions!

In the US, it’s pretty normal for the waiters to check up on the customer during the meal and ask if everything is OK, or if they need a refill, which annoys visitors from other countries, especially those from Europe!

How about grocery shopping at 1 AM? Or coffee and donut at 3 AM? America is all about continence!

Americans are just too much proud to be American! You’ll find people hanging the US flag everywhere from their home’s front door to their cars! It’s also a tradition to sing America’s national anthem before each sports game!

41 thoughts on “10 things you’ll only find in America”