Traveling is the most exciting activity for a lot of people around the world and that’s the reason why we humans have a good idea of what’s going on in different parts of the earth, and if we don’t it’s just a search away to pull up thousands of good resources and see tons of pictures from the place on social media.

Even though finding a remote place that very few other visitors have ever had the chance to visit sounds somewhat impossible, there are still some remote and beautiful places in our beautiful planet that are still not visited by mass tourism like a lot of Oceanic Island countries such as Palau, the only Japanese speaking country in the world besides Japan, Micronesia, home to the world’s 8th wonder, or the Marshall Islands where the real Godzilla comes from.

In this post, we’ll introduce 10 most remote and beautiful places in the world.

10- Avenue of the Baobabs, Madagascar

Avenue of the Baobabs is one of the most remote, yet beautiful places, located in the unique country of Madagascar.

This area is covered with massive, weird shaped trees you’ll find nowhere else. It is recommended to catch the sunrise on the Avenue of the Baobabs. It’s totally worth it.

Also known as Syri i Kaltër in Albanian, Blue eye is a remote place in Albania in the middle of nowhere. You should drive to the nearest road, and then take a small, dusty road, heading to the unknown and get confused a few times along the way, thinking to yourself if you’re lost or still on the right path until the Blue eye sign magically appears, welcoming you to the clearest, bluest water you could imagine only in your dreams! There’s also a restaurant near the place with the same name. Their most special item is lamb ribs, grilled on charcoal. What else can one ask for from a remote place?

I know! Everyone knows Hawaii and its perfect beaches, but when both Mark Twain and James A. Michener sing in praise of Hamoa beach, you don’t want to miss it! This beach is often empty because people usually take the wrong way through the 64-mile Road to Hana. Hamoa Beach is a shy, beautiful on with palm trees, soft sands, and gentle waves for surfers. you can rest under the shadow of the cliffs if you get tired of having so much fun at this remote beach in Hawaii!

This one is a bit different than the rest of our list. Lyngen Lodge is a 4 star hotel in Norway, unlike any other one! There’s always something to do in this area, from boat skiing in summers to real skiing during winters 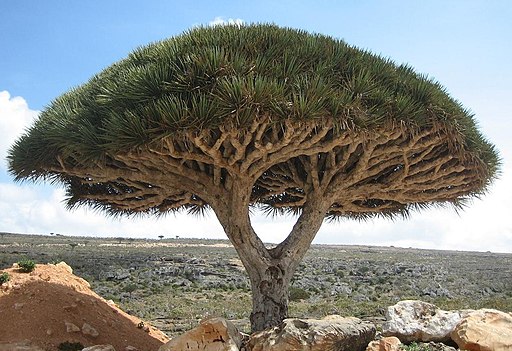 Socotra Island is a Yemeni island on the Arabian sea, about 350 KM (220 miles) away from mainland Yemen. Socotra island is as unique as it gets with UFO-shaped trees called dragon’s blood trees. The island is almost not touched by human civilization. Only about 6000 people are living on the Socotra island with about 3000 visitors every year.

Even though mainland Yemen is not safe (at least for now), Socotra island could not get any safer! If you are planning to visit Socotra island, your best bet is to get there through UAE by obtaining permits from UAE government (not hard at all) or wait for eco-tourism companies that hold a few tours to Socotra island every year as National Geography suggests.

How about a Canadian province as big as California, Texas, Montana, Colorado, and Nebraska combined but with a population of slightly more than 38,000 people? You’ll never see a traffic light in Nunavut, but lots of remote islands, polar bears, and kind people? I mean, Oh Canada!

Door to hell in Turkmenistan is officially in the middle of nowhere and a human-made mistake! In 1971, when Turkmenistan was still a part of the Soviet Union, the scientists were looking for oil in the area and accidentally, drilled a gas field that collapsed and made a 230-foot-wide crater that released dangerous gases! Scientists decided to ignite the place for the gas to burn and go away, and umm… the Door to hell has been burning for more than 40 years so far!

Anegada in the British Virgin Islands is so remote, you’d have a hard time finding an actual person on the beach! Anegada has a population of 285 people and barely gets visitors on its clear blue water and the coral reefs!