Balkans is God’s magical painting with the most beautiful countries on earth such as Albania, Bosnia, Bulgaria, and Croatia. You’ll have the trip of your life if you travel to this area.

In this post, we’ll be adding to the list by explaining another heaven to you called “North Macedonia”.

In recent history, after defeating the Ottoman Empire, the Balkans countries formed a country called “Yugoslavia” and then, they started declaring independence, one after another. Most of them had to do it violently, but in North Macedonia, the whole process was smooth. They held a referendum and then decided to form their own country which they officially succeeded on 8 September 1991.
North Macedonia’s government is trying to move forward. It joined NATO recently and is trying to join the EU zone as well.

In the Balkans, people understand each other’s languages more than %95 (Even though some claim that the languages are different!).

Mother Teresa was born in North Macedonia and although there are some issues over Alexander the Great with Greece, North Macedonians know him as their national hero just like their fellow Greeks.

What to do in North Macedonia

This Canyon is the most popular in North Macedonia. Covering about 5,000 hectares, Matka is great for walking and discovering the Monasteries that have been there since the 14th century.

This gorgeous Monastery’s history goes back to 905 when North Macedonia was getting controlled by the Bulgarian Empire. 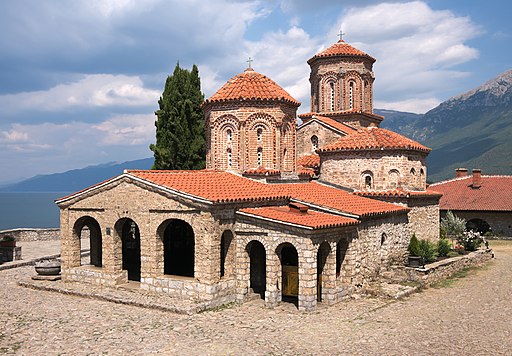 After gaining independence from Yugoslavia, the government was like, “We should have a Christian monument here!” which they started in 2002 and finished in 2009. Millennium Cross is one of the largest crosses in the world and it’s accessible by a cable car.

14 thoughts on “North Macedonia – The hidden gem of Balkans”