Let’s be honest! How many of us can say 5 country names in Africa? None!

Not to mention that there are many underrated places in this continent, like the Biggest African country, Algeria, or the cheapest country on earth, Burundi, and the booming economy of Angola.

Ivory Coast (Côte d’Ivoire) is known as Africa’s France because of its influences from France throughout recent history and their current good relationship at the moment.

We’ll take a quick look at this fabulous country.

Ivory Coast (Côte d’Ivoire) was colonized by France. After independence, their leader became the country’s ruler for over 25 years which means he was an official dictator, but he was a good dictator! (Pretty sure you’ve never heard of this!). He led them in good ways which boomed their economy and made them a stable nation that didn’t fall apart even during their civil war!

Their civil war is weird! Even during that time, they continued their international trades, and soon, they finished it and got back to normal! (That’s so cool, even if it was a first world country)

Most people are of African descendants but they have %4 non-black people who mostly are French, Spanish, Vietnamese, or North American.

Their economy is so good (Compared to its neighbors) that %20 of the workforce is from other West African nations.

They all speak French as well as 70 African languages!

What to do in Ivory Coast (Côte d’Ivoire)

Get shocked by Abidjan‘s Beauty

If you travel to other parts of West Africa and then to Abidjan, you’ll get shocked by its modernity and skyscrapers! This city looks like a typical American city! They are up to date with French fashion and have good fashion designers themselves.

This huge park is located in the middle of Abidjan, playing the city’s lungs role. It’s right beside the highway and has a few hotels and amenities in it, enabling visitors to enjoy the weather while looking at monkeys and birds. 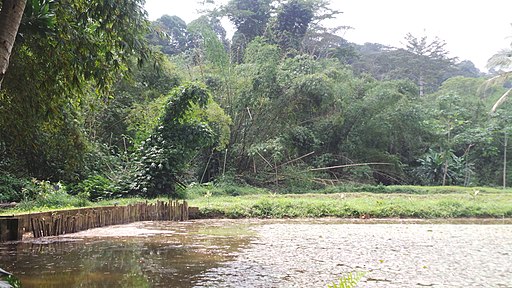 Basilica of Our Lady of Peace in Ivory Coast

“Basilica of Our Lady of Peace” in Yamoussoukro is one of the biggest churches in the whole world and of course the biggest church in Africa! It is incredibly beautiful in n out. It is made for 18,000 people and gets a lot of visitors every year (Not as much as it deserves!).

This modern church is both a symbol of Abidjan and the Christianit’s world.

20 thoughts on “The Ultimate Travel Guide to Ivory Coast”