Most African states were either colonized by France, United Kingdom, or Portugal except a tiny nation called “Equatorial Guinea” which is in Central Africa. This country is the land of contrasts, It has one of the richest governments, yet poorest people! (I’m sniffing Dictatorship!) but it’s still worth it to visit this wonderland!

Equatorial Guinea was a Spanish colony until October 12, 1968. After independence, it was governed by dictators until now. The first one governed Equatorial Guinea until 1979 and the second one is still ruling. Surprisingly enough, people aren’t dissatisfied with the current one as he’s not as bad as the first one!

Equatorial Guinea’s best friend was North Korea until they discovered oil! That’s when the country’s transformation into a developing nation got started!

Almost everyone in Equatorial Guinea is African. There’s a minority of whites who are mostly Spanish but after discovering oil, there are now Americans, Chinese, and South Koreans too.

People speak their local languages and Spanish, and because of their neighbors like Gabon and Cameroon, they have to speak French as well. Pretty cool, right?

What to do in Equatorial Guinea

Have some cash with you in Equatorial Guinea

Have some money with you, as you’d need a lot of it! Just like in Angola, since oil discovery, Equatorial Guineas had rapid economic growth with more demand than supply which resulted in rocketed prices for daily needs!

Equatorial Guinea has the highest quality roads in Africa

Yes! The country’s road conditions are the best in the whole continent, even better than South Africa! 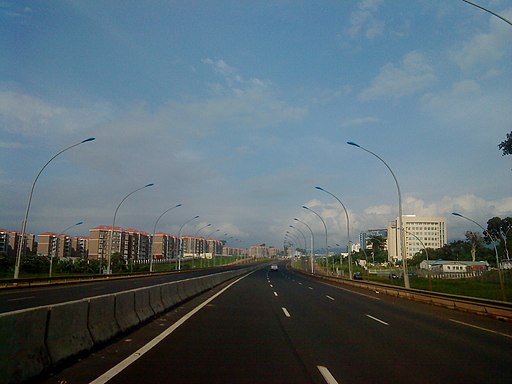 This large square has a clock tower as well as a memorial statue to the martyrs of the 1979 coup. People also call it “the Plaza de la Libertad”.

Besides the motherland, Equatorial Guinea has 2 islands too. Bioko has the current capital, Malabo in it and Corisco on the South.

Located near Malabo, Pico Basilé is the country’s tallest mountain. RTVGE uses the top as a broadcast transmitting station and other communication networks.

19 thoughts on “The Ultimate Travel Guide to Equatorial Guinea”