What comes to your mind when you hear “Afghanistan”? probably war, bomb, and poverty. It’s only one side, Let’s look at the other side.

If I were to describe Afghanistan by one color, it would be Grey. This mysterious land is a mixture of love and hate, light and darkness, good and bad. Now it sounds more familiar, right?

Afghanistan has been through a lot. It was a part of the Persian empire, then got attacked by the big guys because of its strategic location.

The most recent ones are the Soviet Union and then the Taliban.

They seldom had any chance to go develop as a nation.

They also have minorities like Tajik, Uzbek, and Turkmen.

Due to security issues, most governments don’t recommend traveling to Afghanistan but recently we see some famous YouTubers who went there and made fantastic videos.

Generally speaking, People are way too nice with foreigners and most of them would invite you for tea.

The new generation has some understanding of English, but come on! We all smile in the same language!

How to get Afghanistan visa

You can apply through an Afghan embassy in your country. It takes about two weeks to proceed and then you’d go there personally to finish it. It costs $160.

There’s also a faster way, to get it from their Consulate in Dubai. At the end of the day, you probably need to get to Kabul from Dubai since there’s almost no direct flight from other countries.

It takes less than 48 hours and costs you $80 or 300AED. Take cash with you, they don’t accept credit cards there. They usually process it in half a day and would give you a visa for 30-60 days.

What to do in Afghanistan

Even the fact of being in this almost forbidden land is interesting but there are a lot of things you could do over there.

This site is one of the most amazing historical sites in the world.

There are two Buddhas carved in the mountain. They are the biggest Buddha figures in the history of Buddhism.

In 2001, the Taliban destroyed them but it’s still fascinating to visit them. If you climb up inside the mountain through the stairs, you can get to the top and see a breathtaking view of the Bamyan region.

This national park has a beautiful lake and a fantastic mountain view to enjoy.

The water is unbelievably blue. You can surf it by swan-shaped boat and then have a delicious local fish dish. (Sorry vegetarians!) .

Yes, that’s right. you can ski in Bamyan city. Afghanistan has a lot of mountains and which makes it ideal for these kinds of sports.

There’s a ski club in Bamyan that even offers to teach people how to ski.

This beautiful Palace was built by Afghanistan’s late king, Amanullah Khan as the symbol of modern Afghanistan.

It’s been targeted and ruined a few times but they rebuilt it in a 4 years project and it’s completed now, powerful and fascinating, looking at Kabul. 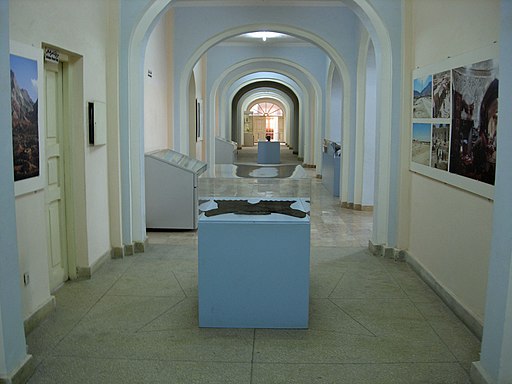 Because of wars, not a lot of things had the chance to survive, but it still shows the roots of the country.