Are you planning to visit North Korea soon or already booked your tour for North Korea? Cool! You’re about to experience what most people around the world have never done! Even though North Korea is such a difficult country to live in permanently, a lot of people find the idea of visiting North Korea and get a glimpse of “what it feels like to live in North Korea”.

In this post, we’ll talk about 15 things to know before traveling to North Korea.

Try to listen and obey whatever your tour guide says. They will be in big trouble if you do something crazy. Those people have tried so hard to become a tour guide in North Korea. Don’t make it all get wasted.

You should forget about the norm as you know it! When visiting North Korea, you should ask for every picture you’re taking. Taking pictures of a lot of places like military offices, the airport, construction sites, and many other things are forbidden.

3- Don’t practice or advertise your religion in public 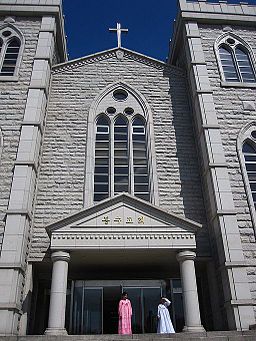 North Korea is an Atheist country where the leaders are considered as Gods. They don’t like people or tourists to practice any religion and if they find you holding a bible or talking to someone about your faith you’ll be imprisoned.

North Korea only has 1 Mosque (In Iran’s embassy), 3 Buddhist temples, 5 Churches (mostly funded by American and South Korean Christian denominations). These are the only places of religious worship of any kind.

Chances are that your phone gets captured by the Pyongyang International Airport staff and returned to you at the time of departure. If they allow you to take it with you, you won’t have any coverage or roaming with your own sim card. You’d have to buy a pricey sim card from a North Korean provider like Koryolink which is going to cost you more than $200 and a waste at least an hour of your precious time in North Korea.

Upon your arrival in North Korea, DVDs, USB drives, laptops, cameras, and other electronics (Including your embarrassing browsing history) will be inspected by customs officials to ensure that you’re not carrying in any material critical of the DPRK government, or pornographic or religious content. Some other items like GPS trackers, satellite phones, and camera lenses more than 150mm are absolutely not permitted,

Then leave all of them back home and enjoy your trip without worrying about your belongings.

6- Don’t speak negatively about the leaders and people

If you want to criticize the DPRK leaders or people, keep your thoughts to yourself and remain silent. Otherwise, you’ll be in big trouble! Better be silent than sorry, right?

7- They won’t show you the real North Korea

Your tour is organized to only showcase the best of North Korea. During your trip, you won’t be able to see how real life is like in North Korea at all! All you see are a bunch of happy people and kids who are performing for you or talking about how they love their dearest leaders.

During your North Korea’s journey, you’ll be monitored 24/7 and at any second your belongings could get inspected by the authorities. Then turn off the “Karen” part of your mind and smile!

During your visit, only refer to North Korea as the Democratic People’s Republic of Korea (DPRK). That’s how they would know you’re an educated (from their point of view) and respective individual.

Your North Korean tour guides are not going to let you be on your own even for one second. That means you’re not even allowed to keep staring at something if your group is walking towards something else!

11- Don’t travel with your family

There are only a handful of haircuts available for both men and women in North Korea (directly approved by the dear leader!). Then it’s better to either get your haircut back home before traveling to North Korea.

North Korean citizens don’t have access to the world wide web at all, but as a foreigner, you’re allowed to get connected to the internet. It is going to cost a lot though! You have the option to buy a Koryolink sim card ($200) and buy an internet package ($0.18 per megabyte) or buy 10 minutes of WiFi access through your hotel lobby (very expensive too). Then it’s better to forget about the outside world unless you need it urgently! (Those Instagram photos can be posted later!)

14- Don’t expect to have cable at your hotel

North Korean TV only has 4 channels which are heavily censored and boring, even for an average North Korean. They smuggle Hollywood movies to North Korea and watch them instead!

15- You can’t but a newspaper or magazine

DPRK’s government doesn’t want people to store information as the government trustees changes frequently! The only way people can read the newspaper is through the newspaper showings that are available in Metro and bus stations.

19 thoughts on “15 Things to know before visiting North Korea”