We are living in the Era of the internet where the whole world is well connected, and within minutes someone from Anchorage, Alaska would get notified of some incident in Auckland, New Zealand. However, that’s not the case for one country called North Korea aka DPRK.

North Korea functions differently in many ways which make this country as unique as it gets!

In this post, our approach is to talk about the top 10 shocking facts about North Korea which aren’t necessarily negative! 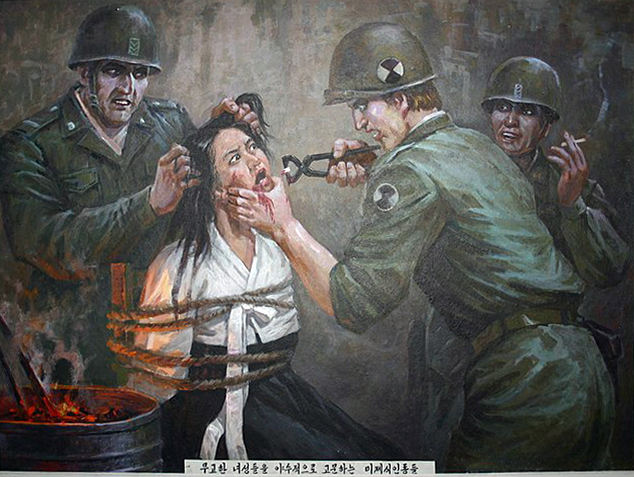 There’s a cliche among North Koreans that all Americans have very big noses, blue eyes, and hairy chests. And that’s how they draw American soldiers in the street arts throughout North Korea!

2- North Korea is a Tax-Haven

North Korean citizens do not pay income-tax like most other people in the world unless they work outside North Korea (yes, there are North Korean workforces in some countries such as Russia, China, and Kuwait)

North Korean black markets are full of Hollywood movies that everyone loves. They just don’t realize where these movies were shot. Plus, the risk of watching Hollywood movies is much lower than South Korean dramas because they speak Korean and people start questioning why they don’t have such amenities like the people in the drama! 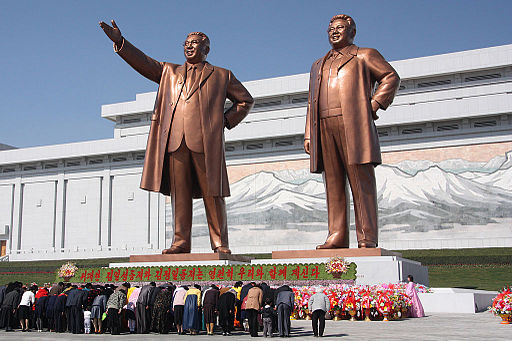 North Korea is the only country in the world where the official leader is a dead man. According to a North Korean law (necrocracy), Kim Il-sung was posthumously declared the Eternal Leader of the DPRK.

Even though Kim Jong-un holds the titles of the Supreme Leader of the DPRK, Supreme Commander of the Army, and Chairman of the Workers’ Party, he doesn’t have a Presidential status.

5- A propaganda village at the border with South Korea

In the 1950s, both South and North Korea tried to showcase how good the quality of life is on their side and started building villages that could be seen from the other side of the border. At the time, Electricity was considered a luxury in the region since both sides of the border were undeveloped, so North Korea lightened up the whole village with electricity to show off. However, after a few years that South Korea became a developed country and could zoom in to see more details, it turned out that those buildings were completely empty boxes with no residents and even no floors. Plus the same women cleaned the same windows for 15 continuous years!

Some countries still have mandatory military services for their citizens, but none are as lengthy as in North Korea.

Men are supposed to join the army at the age of 18 for ten years while women should attend at 18 but only serve until 23.

This mandatory service has made the North Korean army the 4th-largest military in the world with more than 1 million active forces and more than 6 million paramilitary personnel!

7- North Korea has provided aid to the South

On September 30th, 1984, after a series of flood ruined the residential areas close to the border in South Korea, their government tried to show they got everything was under control, but after receiving an aid offer from North Korea, they immediately replied “Yes!” and received 100,000 tons of cement, 7,200 tons of rice, 550,000 yards of cloth and 759 cases of medicine. But it never helped the situation between the countries to get better!

8- Kim Il-sung bought 1,000 Volvo cars from Sweden but never paid for them

In the 70s the late leader, Kim Il-sung purchased 1000 Volvo from Sweden, worth at about 2.8 million dollars today which never got paid. Sweden’s government still sends an invoice each year to North Korea!

9- Pyongyang is only reserved for elite

Pyongyang, the country’s modern city in DPRK, is only reserved for those citizens who are considered loyal, according to the government’s standard and in fact, it’s the government who decides if someone is worthy enough to live in the capital or not!