You’ve probably heard about Iceland before and might have even traveled to Iceland, but did you know that according to many sources in the world, Iceland is the best country in the world to live in? And it’s not only because of the magical Blue Lagoon or Icelandic northern lights!

Let’s see what Iceland has to offer to Icelandic citizens!

Icelandic government understands that Iceland is dark and frozen half of the year, so, they still kept their Viking ancestors tradition of having hot pools year-round, regardless of the weather.

Most people hang out at these heated pools after work instead of going to bars!

2- the landscape of Iceland is so lunar-like

Iceland landscape is too similar to the surface of the moon that both Buzz Aldrin and Neil Armstrong practiced how to land on the moon in Iceland!

And the movie Interstellar was recorded in Iceland!

3-Iceland has the highest percentage of writers in its population

Iceland has a higher percentage of writers in its population than any other country in the world. That means that Icelandic people are bookworms which again means, Iceland s a well-educated country!

The capital of Iceland, Reykjavik is a UNESCO City of Literature.

4- Jón Gnarr, an Icelandic comedian and actor became the elected mayor of Reykjavik 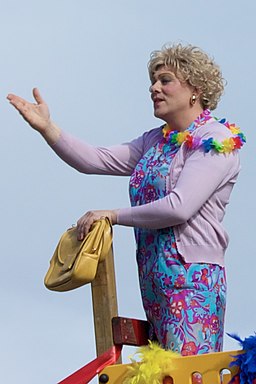 Jón Gnarr is an Icelandic celebrity who established a political party called the “Best Party” consisting of people with no political background! His promises included things like “free towels in all swimming pools, a polar bear for the Reykjavík zoo”.

He actually won the election and became the mayor of Reykjavik from 2010 to 2014! He even appeared as a drag queen to support the LGBT community in Iceland!

6- Iceland has never had a military

Iceland has never had a military, nor entered any conflict, except once called the “Cod War,” which was about fishing! (the UK attempted to fish in Iceland waters and in response, Icelanders made underwater scissors to cut their nets and Icelanders won!)

7- Icelanders have no understanding of traffic

The only traffic they have in Iceland looks like this!

8- Iceland is the best country in the world for women

Iceland has the smallest gender gap in the world! Icelanders have a law that prohibits employers to pay less to women compared to men for the same job!

Icelandic is more than a thousand years old but it has almost not changed during Iceland’s history! In fact, Icelanders can still read the ancient Sagas!

10- Iceland has the biggest desert in Europe

Iceland is too big and the terrain is so different that Iceland has the biggest desert in Europe.

Since Iceland is a volcanic island and the volcanoes are still active there, throwing out lava, the land is constantly growing in Iceland!

Iceland polices don’t carry guns because the country is so safe that they don’t have to! Iceland’s police only killed one person in the history of the country that they apologized for!

13- Iceland is one of the happiest countries in the world

14- Iceland is the land of the midnight sun

The sun almost doesn’t set in Iceland for about 6 months, and to celebrate it, Icelanders throw a 3 days music festival called “Secret Solstice”. During the festival, the sun doesn’t set!

Iceland is home to the most powerful waterfall in the world, as well as the largest waterfall complex in Europe.

Every August, newborn puffins are to fly over the north Atlantic from the cliffs of the Westman Island, but a lot of them get distracted by the lights of the town of Heimaey and end up in Heimaey’s streets. As a tradition, children take them back to the cliffs, so they can start their journey.

Even though Reykjavik is the biggest city in Iceland with 220,000 residents, it feels like a small town, since each neighborhood has its own school, playground, and swimming pool. Reykjavik feels like a few villages uniting as a whole when needed!

Because of the small population of Icelandic speakers, entertainment companies don’t bother translating movies, videos, or other things, so, everyone starts learning English at a very young age by playing video games and watching American TV shows. However, students start learning English at the age of 12.

Icelanders feel very safe in their country and no one feels the need to have a bodyguard, even the politicians! The Presidents of the country don’t even bother having anti-bullet cars since it’s seen as a waste of money!