In this post, we’ll talk about Africa’s hidden paradise where you’ll find Africa’s most beautiful beaches. We’ll learn about Tanzania people, Tanzania language, Tanzania religion, Tanzania map, and we’ll be checking if Tanzania is a country or a city, if Tanzania is safe to visit, what to do in Tanzania while you are there, sightseeing places to visit in Tanzania!

Africa is a wonderland that has a lot of interesting countries in it, each being unique and absolutely stunning.
But most people in western countries have no idea how underrated Africa is! Tanzania in East Africa is a stunning country with lots of Tanzanian culture and beautiful white-sand beaches. Tanzania is the birthplace of Freddie Mercury.

There’s a lot more to Tanzania (AKA Zanzibar) which we’ll discuss in this post!

Tanzania colonization by the United Kingdom

Tanzania was occupied by the British Army in early 1900 where the UK could overcome the Germans who were controlling Tanzania at the time.

Anglo – Zanzibar war, the shortest war in the history

The shortest war in history goes back to August 27, 1896 when The British Army decided to annex the Sultanate of Zanzibar, an island in Tanzania. This war only lasted between 38 to 45 minutes and at last the UK took over the Zanzibar island.

Tanzania independence from the United Kingdom

Tanzania could gain independence from the United Kingdom on 9 December 1961.

About 99% of the 56 million population of Tanzania is of African descendants, from more than 125 different African tribes but there’s a minority of Arabs, Europeans, and Persians living in Tanzania as well.

Shirazi people (AKA MBwera) in Tanzania

The Persians are called “Shirazi People” because it’s believed they come from a beautiful romantic city in Iran called Shiraz a few centuries ago! Shirazi people in Tanzania are proud of their roots and they still feel connected to Shiraz, Iran. Shirazi people are the most successful businessmen and businesswomen in Tanzania and often live on the Swahili coast (mainly in Zanzibar).

English, Swahili, and Arabic are the three official languages of Tanzania while more than 100 local languages are being spoken in Tanzania, making it the most linguistically diverse country in East Africa.
The minority of Arabs in Tanzania still speak Arabic while for unknown reasons, Shirazi people cannot speak Persian anymore!

What to do in Tanzania

Whether you like to travel to Africa for African beach resorts, African safari tours, or African cultural vacations, Tanzania is the perfect place for you to go! Tanzania has many beautiful islands with white sand beaches and top Tanzanian beach resorts and hotels, as well as rich jungles in Tanzania for Safari trips, and countless cultural sites that are sprinkled everywhere in Tanzania!

Dar es Salaam is a thriving city in Tanzania on the Swahili coast that is a good example for a modern African city in East Africa. Dar es Salaam has skyscrapers, markets, beaches and lots of parks to offer!

Zanzibar island, also known as Unguja, is a gorgeous Tanzanian island with lots of stunning Tanzanian beaches and world-class resorts to make you a beautiful memory from your trip to Zanzibar, Tanzania.

Tanzania has more than 125 different African tribes in it, and each of those tribes has specific traditions and costumes. If you don’t have enough time to explore the whole of Tanzania, visit Arusha Cultural Heritage Centre in Arusha where they showcase a piece or two from each Tanzanian tribe. 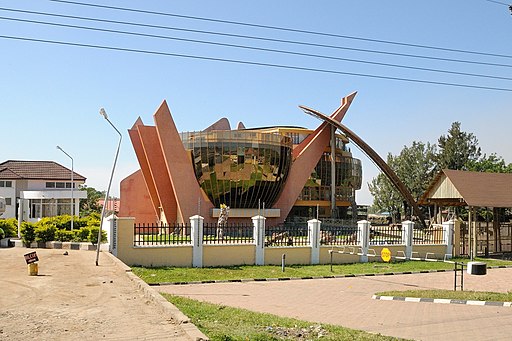 17 thoughts on “The Ultimate Travel Guide to Tanzania”