Armenia is the first country in the world that adopted Christianity nationwide. This country has lots of potentials, yet, so underrated. We already covered how it’s like to live in Armenia.

Now let’s get familiar with the tourist side of this country.

Armenia just celebrated its 2800’s birthday in 2018! They’ve been through ups and downs and in the recent history, they’d been occupied by USSR. and after that, they had problems with their Eastern neighbor, Azerbaijan about the enclaves they both have on their lands.

Armenia is among the most homogeneous countries by having %97 of people identifying as Armenian. The major minority groups are Russian, Georgian and Greek descendants.

Because of the difficulties they faced and the wars, more Armenians are living compared to the actual country.

What to do in Armenia

There’s a good chance that you land in the capital, Yerevan as it’s home to the country’s main airport, Zvartnots International Airport, So, let’s start with this city.

Armenia is one of the cheapest destinations you would ever find. Hostels start at $10 a day and the best hotels are slightly over $100 per night.

It’s not packed with tourists (Yet)

What is better than enjoying the country with fewer tourists around?!

The country is not internationally known that much but thanks to Kardashians, it’s changing. (The Kardashian family is half Armenian and they proudly talk about it.

Because of special clay that could be found near Yerevan, the bricks they make comes out pink and that’s the color of most their buildings, cute, right?

This Cathedral is believed to be the first Cathedral ever built in the world. Both the interior and exterior designs are fascinating. Although some parts were damaged throughout the time, they managed to repair it just as it was before. 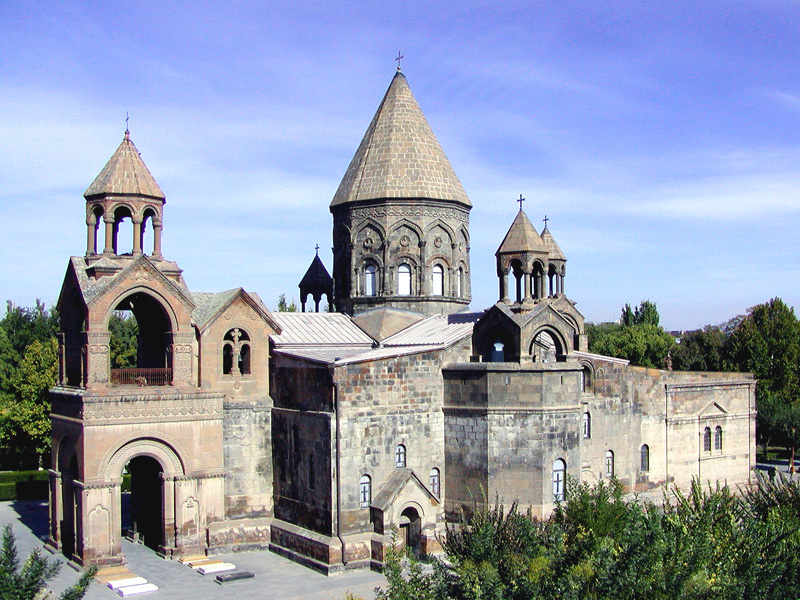 This medieval Monastery is carved inside the mountain and is surrounded by cliffs.

This masterpiece is a UNESCO heritage site. You will truly get amazed when you see the monastery in person.

This factory has been around since 1877 during the Russian empire. Both the building and the products are interesting.

Just because Armenia is a landlocked country, doesn’t mean it shouldn’t have beaches!

Not only they do have beaches, but also good resorts too! So, you can enjoy the beach after being amazed by the country’s history and cuisine.

The Armenian cuisine is great but mostly for meat lovers. you can find very delicious meat-based dishes for an unbelievable price!

34 thoughts on “Armenia, the first Christian country in the world! Explained”