Cleanliness is always one of the main factors for travelers when it comes to choosing a destination for their next adventure. Africa is the perfect continent when it comes to improvement and development. A lot of cities in Africa have taken serious steps towards having a beautiful and clean environment for their citizens. In this post, we’ll introduce the top 12 cleanest cities in Africa in 2020.

Known as Africa’s ‘Little Rome’ (Piccola Roma), Asmara. With a lot of Italian-style architectures and countless Italian restaurants throughout the city, Asmara feels like the time has frozen sometime in the 1950s of Rome. Eritrea’s capital is one of the cleanest cities in Africa.

Kumasi in Ghana didn’t gain its nickname, “Eden” for nothing. This city is proud of flowers being everywhere and the creative methods its residents use to keep their city as energy-efficient as possible. They try to rely on renewable energy as an alternative in their daily life. Kumasi’s main tourist attraction, Kedzheti West African market, spans over kilometers of land, and despite its size, you can’t find one piece of garbage in the market.

Gabon’s largest city lies on the Atlantic ocean shore. Libreville’s city hall has come up with a couple of innovative ideas to keep the city’s air clean, like increasing the car parking’s charge a lot that people get forced to rely more on public transport. Also, despite having a lot of industries around Libreville, proper measures have been taken to ensure the ecology isn’t damaged. A variety of green packs, tree plantations, and cyclist tracks are other remarkable features of the capital.

Because of its hills, valleys, and huge green parks, Nairobi is famous as “Green City in the Sun”. Most Nairobians walk, take public transit, or use bikes for commuting which decreased the amount of Carbon (II) Oxide emission significantly compared to similar cities of the same size. People in Nairobi are also very fond of composting and recycling waste.

The capital of Algeria is nicknamed “Paris of North Africa” because of its breathtaking European-style buildings which are mixed with Arabian architecture. The municipality of Algiers is always coming up with different ideas for reducing the use of personal cars to keep the weather pleasant.

Africa’s most democratic nation is also home to one of the cleanest cities in Africa. Gaborone is blessed with a powerful economy that is paired with a wise municipality that is constantly educating residents of ways to recycle, compost, and reuse. If you travel to Gaborone, you’ll get surprised to see its large green parks and wide streets that are impressively clean.

Dar es Salaam is Tanzania’s largest city, as well as one of the cleanest cities in the continent of Africa. This city lies beside the Indian ocean which makes it very beautiful and cute! You simply don’t like to leave this city after visiting it.

Currently, half of the city and surrounding areas are covered with trees and shrubs that absorb carbon dioxide and release large amounts of oxygen into the atmosphere. Considerable importance is also given to the cleaning of reservoirs.

Inspired by Germany in its architecture and street names, Windhoek is the only place in Africa where people can speak German! And besides all of those German beer and sausages being served on every corner, Windhoek’s municipality is always engaging the local communities in solid waste management, to keep its environs tidy. This city is said to be clean, relatively safe, and easy to move around.

Tunis is one of the cleanest cities in North Africa and Africa in general. The city council is responsible for cleaning the streets and it doesn’t end there! Tunis residents are always getting encouraged to rely more on renewable energy sources, including solar energy, wind energy, biofuels, and other areas. People are also shifting towards using bicycles and electric vehicles that help Tunis getting closer to becoming a green city every day!

Cape Town, a gorgeous South African city, has won a lot of international travel awards for its impressive nature and people. Cape Town has a Solid Waste Management Department which has the target of ensuring general cleanliness in streets and public spaces. That’s why Cape Town’s beaches are among the cleanest beaches in the world. If you like to experience Africa at its finest, you should definitely visit Cape Town. Cape Town is the third cleanest city in Africa. 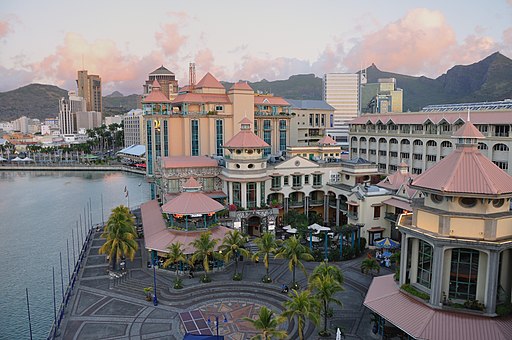 Port Louis, the capital of Mauritius is an amazing city that Mauritians are proud of. The city council of Port Louis is constantly keeping the city clean and sanitized. In terms of air quality, the city only competes against Scandinavian cities as the standard of Port Louis council is very high compared to most other cities in the world. Port Louis is the second-cleanest city in Africa.

Kigali is Rwanda’s largest and most populous city. If you read the recent history of Rwanda, you’ll get shocked over the transformation this country and the capital Kigali have gone through in such a short term. Kigali is the cleanest city in Africa for good reasons. All residents are passionate to keep their city clean. Walk on Kigali’s streets for hours and monitor every corner, and you won’t find even one piece of garbage (unless a tourist was passing by before you!)