Africa is a lot more than only South Africa and Egypt! Numerous countries in it never had the chance to represent themselves and never got the attention they deserve. You can find more beautiful facts about these stunning countries by browsing in our Africa category.

If we were to have an underrated country list, Malawi found its way at the very bottom.

Want to know why? Keep reading this post to find out!

Malawi has been colonized by Britons in 1889 and didn’t become an independent nation until July 6, 1964. Ever after the politicians are constantly trying to provide a better future for Malawian people. They did a good job in terms of Democracy (Considering the country’s economy and educational level) and are co-operating with both the UN and other countries to provide more for their citizens.

People in Malawi are mostly of African descendants, from different tribes. they all speak English which comes very handy while communicating with each other since each tribe has a unique language and/or dialect.
People in Malawi are hardworking but there are a little room and amenity to grow and study. Even though there’s no proper way to educate themselves, some of them don’t give up and try so hard to provide for their people such as William Kamkwamba. He wanted to find a way to bring electricity to his village, so he went to the nearest library and educated himself enough to invent a windmill to make electricity which worked and his story made him an example of not giving up. He gave a speech at the Ted conference, wrote a book, and even a movie that has been made based on his story which is so inspiring!

Watch it on Netflix

What to do in Malawi

Have patience in Malawi

Because of the lack of amenity, you should be patient over there. Even though there’s a national road that connects the country from north to south, the road conditions are not great and you may not find electricity everywhere, let go of having an internet connection!

Since there’s less electricity coverage around Malawi, the sky and the stars are perfectly clear from most places in the country.

This gorgeous lake in Malawi is the world’s fourth-largest freshwater lake and is home to more 700 Cichlid fish species.

The lake is the major source of Fish supply for the country.

Likoma Island is located on the eastern side of Lake Malawi. This beautiful island has beautiful beaches to enjoy. 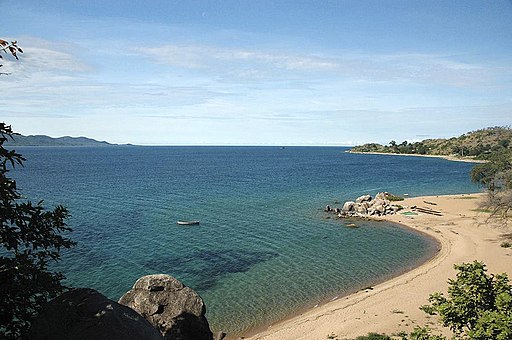 This national park is near Mozambique’s border. It’s home to various animals such as Elephants, Big Cats, and Black rhinoceros. They put an electric fence around the park to prevent the Animal-Human conflict.

Being one of the largest churches in Africa, St Peter’s cathedral in Malawi is located at the Likoma town on Likoma Island.

34 thoughts on “Malawi, the perfect place for Stargazing!”