North America is made up of 23 countries and 16 territories. This continent has a population of about 600 million people.

North America is the latest continent in the world that was found and inhabited on a large scale and for this reason, many people believe that everything related to this continent must be so new which is partially true. But even though most North American cities are fairly new, some of them are older than the others and have a unique history behind them.

In this post, we’ll be exploring the 10 oldest cities in North America.

The city was first inhabited by a group of indigenous people called Taino. Their hero, Hatuey who could gather a small army to defend against the Spanish army was betrayed by an insider and got burnt. Legends have it that before his death, a Catholic priest tried his best to convert Hatuey, so he would attain salvation. Hatuey asked if the dead Spanish would go to Heaven or not, and when the answer was yes, he said he rather go to hell instead!

Nombre de Dios in Panama is believed to be the oldest continuously inhabited European city in the whole Americas. This city had one of the most important shipping ports from 1540 until 1580.

San Juan in Puerto Rico which is a part of the US now was established by the Spanish because of its location. It was the closest place on the way from Spain to the Americas and also played an important role in exporting gold from the New World (a nickname for North America) to Europe.

Panama city was first established by Pedro Arias de Ávila. The city soon became a hot spot since it was located on the way of transiting gold from the Americas to Spain. In 1671 Henry Morgan attacked the city and invaded it. He burnt all of the city and the new Panama city was constructed about 5 miles (8 km) southwest of the original city.

The ruins of the old Panama city is now a popular tourist attraction.

Officially called “Santo Domingo de Guzman”, this Caribbean city was fortunate to become the first city in the New World for building a university, castle, monastery, cathedral, and fortress.

Mexico City, famous for its people’s lifestyle, architecture, and music is one of North America’s oldest cities. Today, Mexico City is one of the most visited cities in the world, attracting visitors to Mexican food, beach, and parties.

Acoma Pueblo is believed to be inhabited by indigenous people even sooner than 1200 AD. People in this town have kept their isolation from the rest of the US until now. Their home construction is unique in the US. 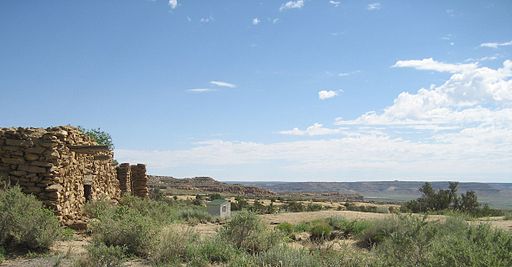 Oraibi has been constantly inhabited by an indigenous tribe called the Hopi tribe. The tribe has always been isolated from the outside world, even now. It has only been discovered in 1540 by a Spanish explorer called Pedro de Tovar, who tried converting people, which was unsuccessful.

Flores has a rich history, going all the way back to Mayans. Despite its violent history, Flores is a very beautiful city and popular among tourists who get there mostly because of the city’s remarkable history.

Cholula is believed to be the oldest city in North America that’s still inhabited. Some believe that the history of Cholula goes all the way back to the seven Aztec tribes that migrated to the area from their homeland of Aztlan.

Cholula has its own Pyramids which attracts a lot of visitors each year.

6 thoughts on “10 Oldest Cities to visit in North America”