Even though we are living in the internet era and all of that international village thing, there are still a lot of unknown places to us out there that we have no clue about!

Have you ever heard of the word “Kyrgyzstan”? I know, it’s even hard to pronounce its name, let go of knowing what it is!

Let’s discover this (Yet) unknown former Soviet state, shall we?

Kyrgyzstan was a part of the USSR and surprisingly enough, it was one of the states that enjoyed it so much that the majority in the country didn’t like to let go! Russia had to encourage them towards having an independent country which Kyrgyzstan replied, “Ok, but promise to keep looking at me!”.
Kyrgyzstan became an independent state on August 31, 1991.
This country has a friendly relationship with everyone, making it one of the few countries in that region giving visa-free entrance to more than 50 other countries including all of the Western ones such as Britain and the US.

Kyrgyz people are more interested in rural living and as a result, only 1/3 of the population lives in urban areas.

They speak Kyrgyz (That’s identical to Kazakh) and Russian and their traditions are very similar to Kazakhstan.

People are generally pretty chill and happy. They love to dance and drink at all times (Vodka is way too cheap in Kyrgyzstan).

What to do in Kyrgyzstan

Kyrgyz people love horse milk so much that it’s considered a regular dairy in Kyrgyzstan. you can even buy it from the stores. It’s a bit strange since horses aren’t too patient when it comes to milking them. It requires a lot of skills! 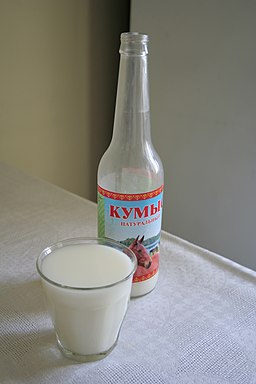 Ala Archa National Park in Kyrgyzstan

Kyrgyzstan is surrounded by mountains and there’s a traditional connection between people and the mountainous areas. After visiting the scene of the mountains, most visitors admit that they’ve never seen such gorgeous mountain views in their whole life!

this massive lake in Kyrgyzstan is the second-largest saline lake in the world after the Caspian Sea. The word “Issyk Kul” means “Warm lake”, because, despite the snowy mountains are surrounding the Issyk Kul, the water never freezes!

Burana Tower is the only minaret that remains out of the city of the ancient city of Balasagun that was established during the 9th century. There’s a staircase around the tower that enables the visitors to climb it up.

This bazaar is one of the largest in the country, located at the heart of the capital, Bishkek. If you want to know how locals live, spend an hour or two at this beautiful bazaar.