Africa has a lot of interesting countries in it with amazing facts and wonderful places to visit but Cameroon is one of a kind. This country truly has it all.

Want to know in which ways? Let’s get familiar with its history first!

Most African countries were either colonized by France or the United Kingdom while Cameroon has been attacked by both. As a result, now %20 of people speak in English and the rest in French.

In the meanwhile, more than 250 languages and accents are being spoken throughout the country!

After independence, they mostly had dark days since they only had 2 Presidents overall. The second one, Paul Biya, has been ruling for more than 30 years so far!

His government isn’t all negative though, for example, he could successfully remain as France’s friend that gives them money and help.

There’s no specific ethnicity related to Cameroon itself but they’re mostly of African descendants.

As mentioned above, 1/5 of the country are English speakers, mostly living on the west side of the country. They are not happy with their government as they believe there’s discrimination against them both in wages, studying freedom and amenities.

People started protesting which soon turned into a conflict. Their government responded by sending the army to keep them quiet and the civil war started. It’s still going on, mostly in the western parts.

The Eastern side people have a unique music style. You can Click on the image below to get more familiar with their music.

What to do in Cameroon

This term means that Cameroon is the only country in Africa that has all different climates available in Africa. The northern side is desert, the middle is mostly mountainous, East has tropical Jungles and finally, in the south, they have white sand beaches!

So, if you like to see what Africa has to offer but don’t have enough time, explore Cameroon as its representative!

Let’s explore some of them below!

This gorgeous mountain in the southwest is still an active volcano. locals also call it Fako!

This jungle in South East sits near their border with the Central African Republic and Congo.

What else can one ask for?

This touristic town in the South is home to white-sand beaches, cool hotels, and a lighthouse built by Germans in 1906 and still being used today.

What’s better than ending your journey in such a town? 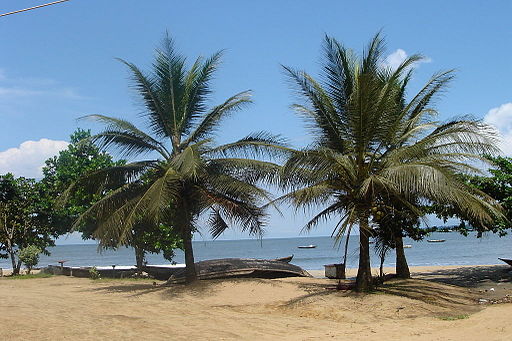 If you are interested to know about this country’s history and arts, Click on the image below!

18 thoughts on “The Ultimate Travel Guide to Cameroon”