We all heard of Maldives before, mostly because the Maldives is the best honeymoon destination, but did you know that this country is not all about luxury traveling and that you can spend a fraction of the price most people pay and still enjoy those adorable beaches?

Let’s understand more about the Maldives in this post!

Recent history of the Maldives

In recent history, Maldives was first colonized by Portugal and then Britain. It became an independent country on July 26, 1965.
Even though Maldivians were Buddhists, they converted to Islam and became a strict country for locals for a while. They still cannot convert from Islam to other religions and it’s illegal for foreigners to Solicit other beliefs for Maldivians.
The government picked up some of the economic boundaries thou. Since 2012, tourists are allowed to sleep in the local Islands and people are allowed to open businesses that created a lot of jobs for locals.

People in the Maldives

Maldivians are of different ethnic backgrounds since a few countries tried their luck over there, such as Indians, Arabs, Portuguese, and Britons.
As mentioned above, they were Buddhist but converted to Islam. Everyone in the Maldives can communicate in English and they have a local language called “Dhivehi” that’s mostly inspired by Arabic.
People are well educated and more than %98 of the population are graduated from Primary school that’s pretty impressive since the graduation rate in the US is %86!

What to do in Maldives

Local Islands in the Maldives are extremely safe

Because of the country’s geographic isolation, petty crimes are almost none existent. You can easily leave your belongings on the beach and go swimming or let your room’s door unlocked!

how to have a cheap vacation in the Maldives

The Maldives is becoming a backpacking friendly country where you can pay far less than what a typical resort charges you. An average local B&B would cost you about $30 and the local islands offer the same white sand beaches and crystal water as the touristic ones do! It doesn’t matter where you sleep at night! Local food is cheap and they are not short of delicious local foods.

Male , the capital of the Maldives (a small island) is densely populated and if you zoom in on the Male’s map, it feels like downtown Tokyo!

Muliaage is Maldive’s Presidential office and there’s no protection for getting close to the building for a better insight! It’s also where all of the country’s 7 Presidents have lived! 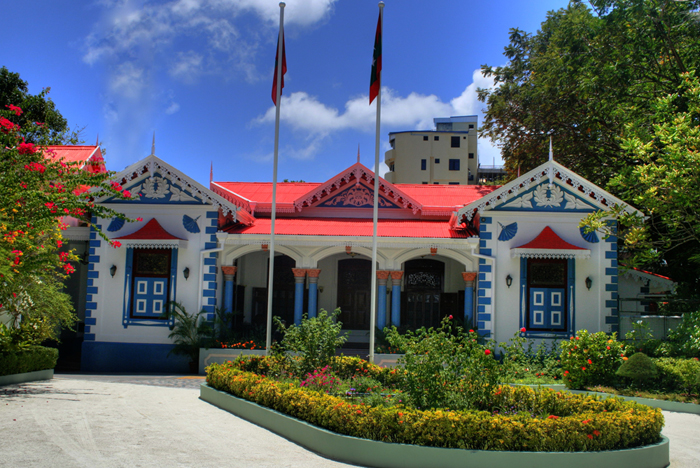 National Museum in the Maldives

If you are curious about Maldive’s interesting history, visit this three-story building where you can witness the country’s history from Buddhist times to the Islamic Monarchy.